The Beginning of the Decatur Area Arts Council

In 1967, Margaret Fassnacht, director of music education for Decatur Schools, encouraged Howard Brown. county superintendent of schools, to invite the nationally-acclaimed Paul Taylor Dance Company to Decatur as part of the October Macon County Teachers’ Institute.  Held at Johns Hill Junior High School, it was the first time the Paul Taylor Dance Company had ever given lecture-demonstrations.

Margaret Fassnacht remembered, “During intermission, I turned around to a group of coaches seated behind me. I asked them: What do you think? They made me so happy. They said it was one of the most interesting sessions they had attended.”

Howard Brown cited this event as the inspiration for the creation of the Decatur Area Arts Council.

Margaret was also serving as a member of the Illinois Arts Council in 1967 (established as a full-fledged agency in 1965) when she and other local artists, teachers, and Millikin University staff began to rally community arts leaders around the idea of forming an arts council in Decatur.

Margaret Fassnacht later reflected, “The arts council movement was under way, sooner or later it would have arrived in Decatur. The seed had to be planted. I was fortunate to be the one.”

The founding Board of Directors of the Decatur Area Arts Council first met in the law office of Emanual Rosenberg on Monday, April 8, 1968. 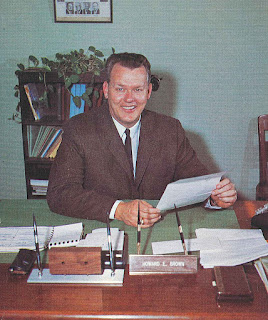 The original Board consisted of:


At a DAAC meeting Howard Brown declared, “this organization belongs to you and the people of this community.”

Click HERE for a complete list of those who have served on the DAAC Board of Directors.

Speaking of the arts...
The Decatur Area Arts Council serves the arts in and around Decatur by: • Creating an environment conducive to the development and growth of individual artists and arts organizations in all disciplines. • Promoting and facilitating partnerships within the community to nurture arts opportunities • Encouraging arts education opportunities. • Acting as a conduit for arts information. • Engaging culturally-diverse and underserved populations in the development of the arts.